Newest first: Mark Benjamin’s story about a Camp Lejeune psychiatrist who was booted after going public with concerns about PTSD treatment practices.

In one instance last April, for example, Manion warned Cmdr. Robert O’Byrne, head of mental health at the Camp Lejeune Naval Hospital, of “immediate concerns of physical safety” due to mistreated Marines teetering on the edge of violence. “There was — and continues to be — no means of discussion of high-intensity/dangerous cases,” he wrote. Later that month, Manion quoted to O’Byrne some Marine superiors who were calling troubled Marines “worthless pieces of shit” if they sought help.

Manion’s reward for raising important issues? He’s a contractor with Spectrum Healthcare, a company that touts a “gold star from the Joint Chiefs” on its website, which is itself a subsidiary of a corporation with over a million in DOD contracts and the Sesame Street-tinged name NiteLines Kuhana. Manion was pulled from Lejeune after a simple note from the DOD:

The contractor told Salon that the Navy ordered Manion fired on Sept. 3, four days after Manion wrote the inspectors general. “The treatment facility at Camp Lejeune notified [NiteLines] that Dr. Manion did not meet the Government’s requirements in accordance with the contract, and they directed he be removed from the schedule,” it reads. His termination dated that day notice provides no explanation.

Afterward, as the intrepid Benjamin (who must have more than one therapist for all his secondary PTSD, having exposed so much soldiers’ pain) learned, Manion’s positive evaluations appear to have been altered to make them negative, and the originals ordered destroyed. The uniformed dissenter here is the lieutenant commander who refused to play along, telling the base attorney that “Kernan Manion was considered clinically competent to practice general psychiatry…I had no specific concerns about his judgment or ethical conduct” and adding that he’d been ordered to sign the eval after “drastic” changes.

And from NPR yesterday comes another about physical illness, via  the invaluable Kelly Kennedy at Military Times.  She was talking about how in the first few years of our Iraq occupation, trash — including medical equipment and ordnance –was all going into burn pits, of the kind long banned in the U.S. because of health hazards. Kennedy said that when Military Times began to run articles about one such burn pit, in Balad, they received hundreds of letters from recent vets saying they were having breathing problems. (The headline in Army Times adds, somewhat unsurprisingly: “Officials deny risk.”)

When I think of Balad, of course, I think of all those “third-country nationals” I mentioned last month here, who are feeding and cleaning soldiers on those bases, many  under duress. But Congress finally got  involved, and Kennedy said optimistically to NPR:

I think in this case, you’ve got President Obama saying we’re not going to let this become another Agent Orange. You’ve got Congress calling for measures to be taken. You’ve got General Shinseki at the VA saying we’re going to take care of these guys. I think there’s enough people paying attention …and demanding help that it’s going to be taken care of. 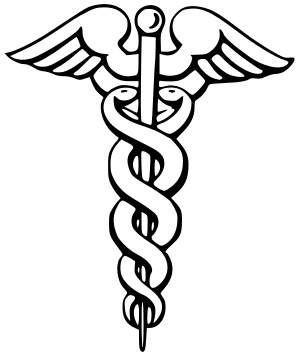 Do you agree? And what would constitute “taking care” of it?

In an odd way I don’t envy the guys trying to shush these whistleblowers. The task of simultaneously caring well for a community of two million-plus scattered all around the world while running two wars — even if you outsource the taking-care part — is not just a “challenge,”  especially when a substantial portion of that caring is about cleaning up after your own mess.

But the true compassion, as ever, is reserved for the guys who took a pledge just as sacred as the military oaths in question. Remember “do no harm?”