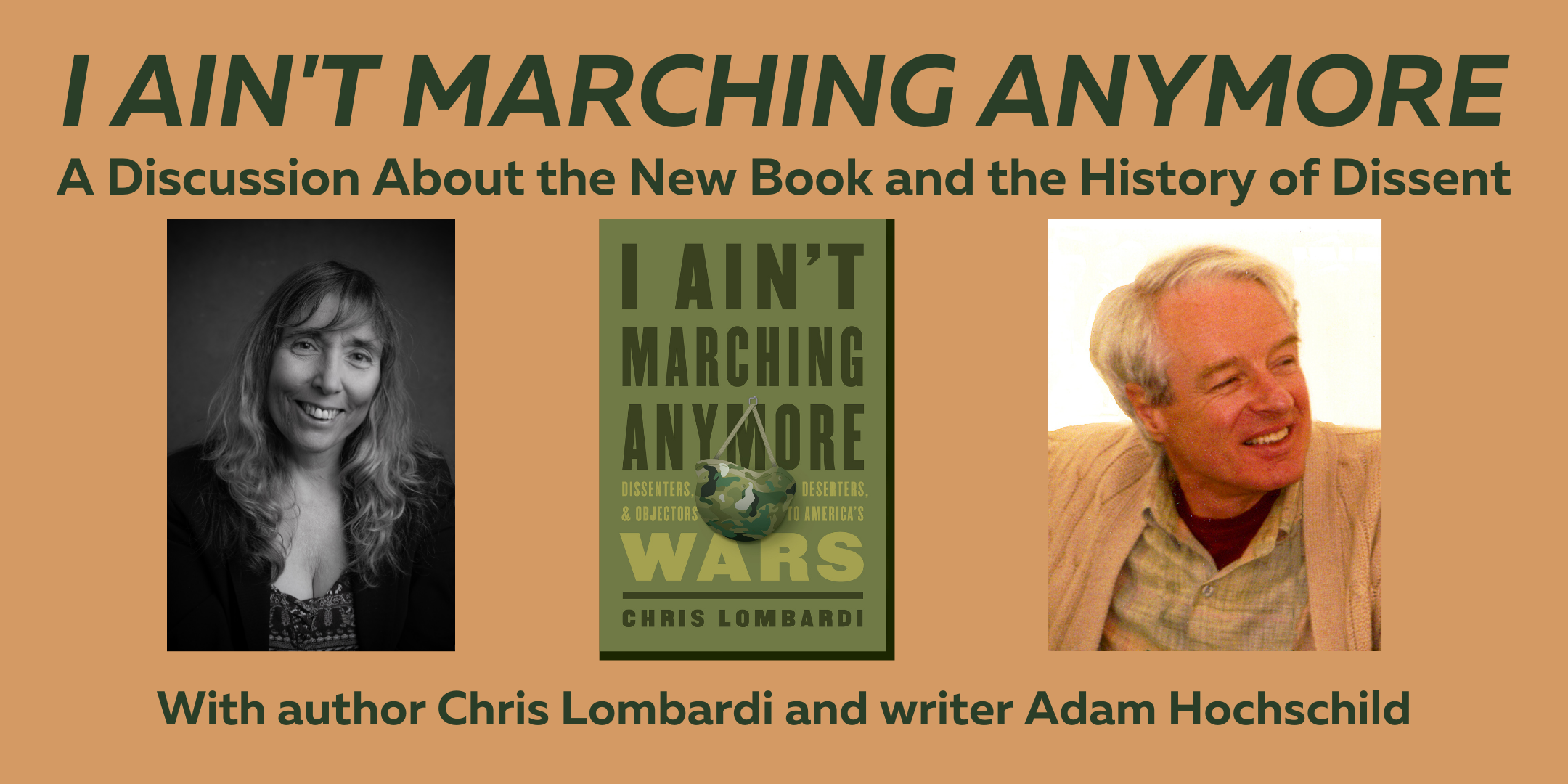 It has been for awhile; I’m now holding my bouncy baby hardcover book, which still feels surreal after all these years. But next week is the official launch, which in these COVID times is a virtual one.

When I was just starting this Victorian novel of a book, I asked for guidance from Adam Hochschild–a master of narrative nonfiction, whose King Leopold’s Ghost was already a guidepost for me with its smart depiction of multiple characters. I learned he was working on what became To End All Wars, and that he worked on a GI newspaper back in the day. He’s had my back ever since, but I’m still gobsmacked that he’s joining me at this event. Register to hear us talk about war, peace, and how to make scenes and characters from disparate documents. And no doubt we’ll talk about current soldier-dissent, from the National Guard troops refusing domestic deployment to the veterans mobilized to protect Black lives.

On the eve of Veteran’s Day, in a year filled with anniversaries of war, journalist Chris Lombardi joins renowned writer Adam Hochschild to discuss the passionate men and women in uniform who have bravely and courageously exercised the power of dissent.

Dissent, the hallowed expression of disagreement and refusal to comply with the government’s wishes, has a long history in the United States. Before the U.S. Constitution had even been signed, soldiers and new veterans protested. Soldier dissenters, outraged by the country’s wars or egregious violations in conduct, have spoken out and changed U.S. politics, social welfare systems, and histories.

Chris Lombardi’s new book, I Ain’t Marching Anymore: Dissenters, Deserters, and Objectors to America’s Wars, traces soldier dissent through American history, from the genocidal “Indian Wars” through the Civil War and the World Wars to the present. Her profiles of soldier dissenters like Frederick Douglass’s son Lewis, Howard Zinn, and Chelsea Manning bring human dimensions to debates about war, peace, and the dynamics of social change.

Speaking of “war, peace and the dynamics of social change,” my article about the veterans orgs converging to protect protesters in this year’s uprising is now up at Waging Nonviolence. Just in time for tomorrow’s election, for which all the current soldier-dissenters have organized a frontline defense and National Guard troops are right now on the streets of Philadelphia. As I end my book by saying, history never stops rhyming.

One thought on “It’s showtime, folks.”