I need to learn and write more about this newest target of the Espionage Act, but for today I’m boosting the signal from Courage to Resist, as ever the first to publicly support a dissenting servicemember. The link above also has a petition, urging that charges be dropped.  (Full disclosure: the latter organization is also a supporter of this book via Kickstarter.)

WHAT DOES INDEPENDENCE REALLY MEAN TO AMERICANS TODAY? WHAT IS THE MEANING OF FREEDOM?

By Courage to Resist

This 4th of July millions of Americans will be barbecuing, drinking beers and celebrating independence from tyranny. But one young American will not be enjoying her freedom. This young woman sits behind bars for allegedly acting upon her own commitment to stand up for a government free from tyranny.

Reality Leigh Winner is an Air Force veteran and military contractor who has been arrested for allegedly leaking an NSA document to news media. The classified document in question details Russian cyberattacks against a voting machine software company and more than 100 elected officials. This is the most detailed information that has still yet to reach the American public regarding the government’s investigations into Russian interference in the 2016 presidential elections.

Charged under the Espionage Act, which some argue does not sufficiently address needed whistleblower and First Amendment protections, Ms. Winner is now the first criminal leak case of the Trump era. With the White House declaring less than two months ago an imminent crackdown on those who leak classified information, many are concerned that Ms. Winner is a sitting duck in this politically-motivated shooting range. “Espionage Act charges carry a sentence of up to 10 years in prison, although conventional leak cases have typically resulted in prison terms of one to three years.”

Held without bail in federal prison since early June, Ms. Winner made her first court appearance this past week for a bond hearing and her court date has now been set for October 23rd. When asked by local news media of the status of his defense strategy Mr. Titus Nichols stated, “At this stage the only thing we have (evidence) is a press release from the deputy attorney general and an application for a search warrant. In all my time as a prosecutor, that’s never been sufficient to either try a case or to even prepare for a case.”

While addressing the dubious political motivations for the aggressive prosecution of Ms. Winner her lawyer stated “My client has no criminal history. She’s a veteran. She served the Air Force for six years but now she’s been pulled into this political windstorm where there’s a much larger debate going on that this administration is choosing not to focus on. Instead of focusing on the question of was Russia involved in interfering with the election, now we’re focusing on the extent of punishment for this low-level government employee.”

A recent video of incarcerated Ms. Winner shows her making use of the prison grounds to practice the yoga poses crow, full wheel and headstand. These are all exercises which can assist one’s focus and gaining a different perspective while managing chaos, fear or inflexibility.

While celebrating our independence this July 4th, let’s also take the time to practice focus and courage. We can ask ourselves what would I do to defend or gain freedom for myself or others? And how can I support and defend those who may seek to do the same? 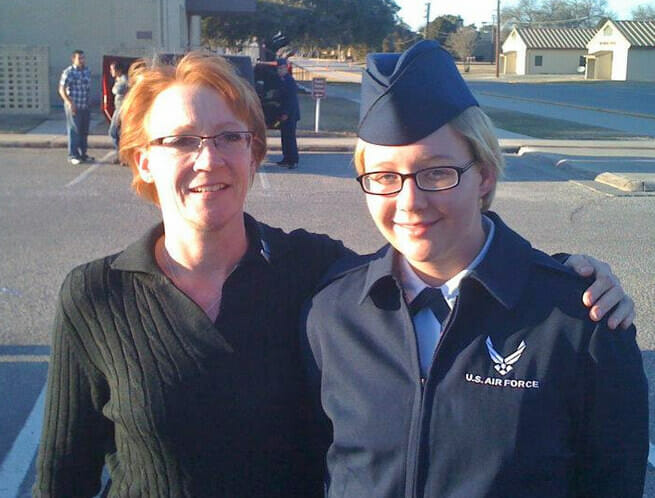 For Reality Winner’s case, she needs widespread, transpartisan public support. Please share this article on social media, or post a photo of yourself with a “I Stand with Reality” sign.