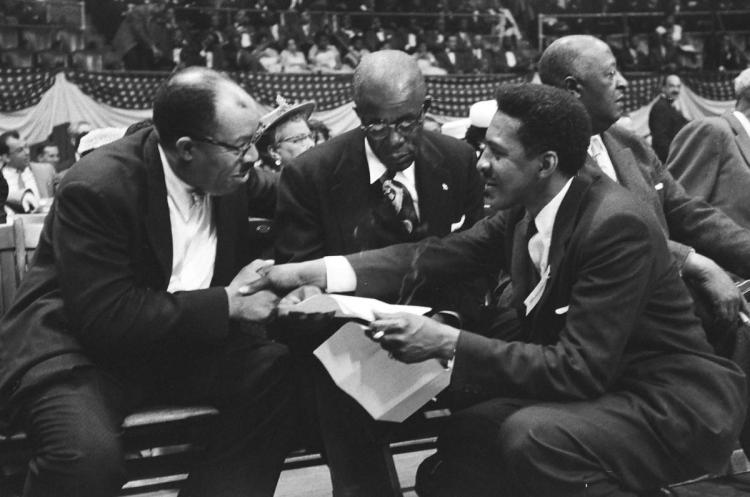 Which disguised his radicalism only occasionally.

A story the invaluable Todd Gitlin told me a few years back, which I likely can’t include in the book, but don’t want lost:

In the beginning of March 1965, Rustin met with former SDS president Todd Gitlin, who was considering a protest at Chase Manhattan Bank to explore potential for multi-racial, innovative organizing. Dressed to the nines and in his trademark stentorian voice, the civil-rights leader and executive secretary of the War Resisters League had an unusual message for the earnest young students. Despite his suspicion of SDS’ hard-left allies such as the the US Communist Party’s student “W.E.B. du Bois Clubs,””1 the elder organizer also told Gitlin that SDS needed to be more radical in what they sought. “He said we weren’t being militant enough,” Gitlin remembered. “We saw him representing the seamlessness of Gandhianism — and he was saying that with a week of sit-ins at Wall Street and the banks, we weren’t risking enough.”

I can almost hear the man singing.