At least one can make that argument: certainly the war crimes of March 16, 1968 in the village of Son My/My Lai spurred more investigation and controversy than the almost-daily similar incidents more recently covered by Nick Turse in his magisterial Kill Anything That Moves.  It certainly shook the world of the ‘family’ of vets included in my Vietnam chapter.Their voices, as with the massacre’s impact on our culture,  so strong that my editor just asked me: “Is My Lai the fulcrum of that chapter?” 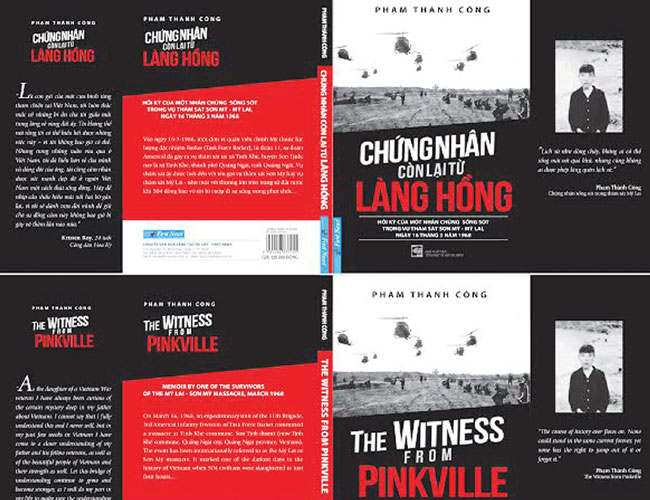 But for today’s anniversary I wanted to call attention to a different book: The Witness from Pinkville, published today – written by someone who was only 11 when his family was  slaughtered. There are only 1,000 copies of the book in English, and only available at the memorial site established for the events; the author, Pham Thi Cong, is head of the Son My  vestige site. (Image above is from VietnamNet, which bills itself as the first English-language online newspaper in Vietnam.)

Time to contact my VVAW friends, and/or see if there’s any other way to get the book. The fact that he’s only 5 years older than me is heartbreaking.

Cong said the 248-page book recalled the events in the village (now in Tinh Khe Commune) nearly half a century ago….[He] said the massacre was the worst tragedy that he witnessed at the age of 11, when his mother and six brothers were killed by American soldiers in their house. He was seriously injured but was eventually saved by his father.

“I lost my father in 1970 and became homeless and an orphan,” Cong said.