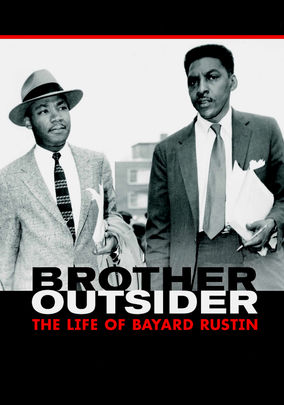 It’s kind of stereotypical, but every year I watch this film as part of the observance of Martin Luther King Day. It feels the least I can do, given what Bayard Rustin did for all of us.

This year, of course, I thought also of Rustin during President Obama’s Second Inaugural address, when the President said “We, the people, declare today that the most evident of truths –- that all of us are created equal –- is the star that guides us still; just as it guided our forebears through Seneca Falls, and Selma, and Stonewall.” I can’t think that Obama didn’t know that 60+ years before his election, the country was being rocked by a different hyper-articulate young African American trained in community organizing.

He’s also in Ain’t Marching: I count him as a dissenting soldier because as student at the historically black Wilberforce University, he  trained in the school’s mandatory ROTC program for close to two years. (Same with Phil Ochs and his stint in the military academy). Of course, he didn’t last long: repulsed deeply enough by hundreds of hours of drill and command, rifle marksmanship and “combat principles,”  he stopped attending drill and lost his scholarship. Later he was also a fervent organizer for the rights of black soldiers, submitting constant testimony at the Committee Against Jim Crow in the Armed Forces and turning to an Air Force veteran named Norman Hill to help run the 1963 March on Washington. All of it a sidebar to the major, world-changing difference he made, but enough connections to enough of “my” characters that his presence is almost required.

That’s not why you should see the movie below, though. That you do for the joy of it, to pretend you have his essential presence with you this holiday weekend. Share it with someone who’s never heard of him — multiple someones, if you work with groups.

Besides, if anyone insisted that the revolution include dancing, it was this guy.