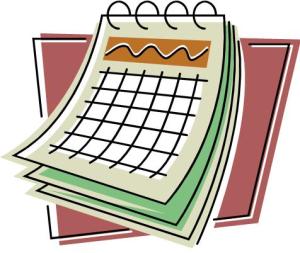 For those who might be wondering why this whole project is so overdue.and/or why you DIDN’T see it on the fall catalog for UCPress.

When I started working on this book, its subtitle was Soldiers Who Dissent: From George Washington to John Murtha, the latter name because back then, in 2006,  it wasn’t that long since the late Rep. Murtha first spoke against the war in Iraq.  I was originally scheduled to deliver a manuscript in 2008.

That was, of course, awhile ago.  George W. Bush would still be president. In that time, the U.S. war in Iraq has ended under a new president, who expanded that in Afghanistan and commenced an unprecedented crackdown on whistleblowers, which is why the subtitle has changed to focus on one such whistleblower — who as I write this is undergoing pre-trial proceedings at Fort Meade.

For most of that time I was also working as a reporter and a Web editor, which limited the time I could devote to the ms. — just as the amount of material I had to cover seemed only to expand. There was a lot to do:

Doing right by the past. Since my explicit focus is on both servicemembers and veterans, the fruits of my reporting showed a far deeper bench of dissenters from earlier eras: rather than the one-big-pre-WWI chapter evinced in the proposal, there’s now five. Even the 1980s deserved their own chapter.

Listening and embedding, sorta. While contending with dissent by the dead, above, held its own challenges,working with living veterans and families has meant hundreds of interviews, dozens of events (mostly antiwar veterans), conversations and emails. Many won’t be in the book, but which have deepened my understanding of what makes an American who’s served in uniform dissent and decide to express  that dissent. And given the material involved, questions of trauma and journalistic responsibility come into play.

Turning away from the Victorian novel. In 2010, when I interviewed iconic journalist and author Evan Thomas about his book The War Lovers,  he said when explaining why his story lacked some participants in the war he described: “You don’t want your book to be a Victorian novel: too many plots, too many characters. Trouble is,” he added ruefully, “Life is a Victorian novel.”

I tried to keep that in mind finishing the first draft of my book, but including even a fraction of the many stories my research uncovered meant that that first draft, which I finally delivered on Memorial Day 2011, was 187,586 words (including its extensive footnotes).  Yes, nearly twice what I’d promised.  I’d used as my guideline the number of characters in Adam Hochschild’s King Leopold’s Ghost,  but still.

My editor, Naomi Schneider, was optimistic, saying that I was “a fabulous writer” with “a wonderfully evocative, self-deprecating style that really pulls the reader in.” Another told me it read like “a lyrical essay.”  Three drafts later, it’s now been cut by a third. But it’s become clear that my initial approach, which was kind of an alternative People’s-History-of-the-US-But-With-Dissenting-Soldiers, was just not going to work. Naomi has given me till September 2013 to come up with a completely reworked ms., with a slightly narrowed focus and far fewer characters. The rest, as Naomi and I agreed, should become “Web Extras” when the book comes out.

Working in the digital space.   In July 2008, in order to get the book done, I moved from New York to Philadelphia, quit my full-time job reporting for a New York City weekly, and took a half-time gig as site editor for a women’s health website. This had the somewhat-accidental benefit of immersing me in the world of online media, social media and audience analysis — all of which sets me up to create a durable, ongoing online resource of this history and active present.

If that sounds like a lot of work, that’s because it is.  I’m hoping to secure funding to hire an editor to help me manage this dual task.

Meanwhile, I’ll post something tomorrow re Bradley Manning, who finally spoke on his own behalf this week.